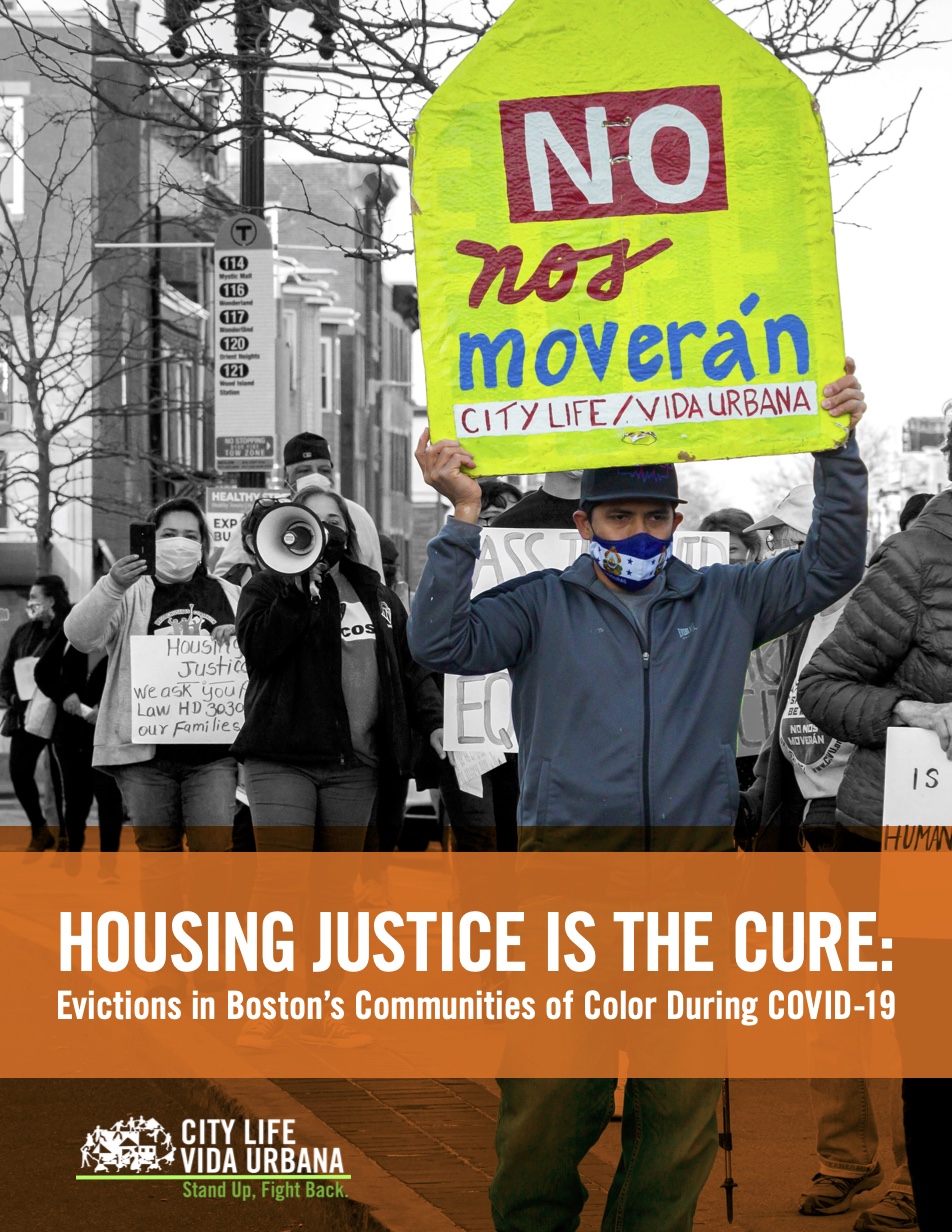 Released in September 2021, this report is a collaboration between eviction researcher Benjamin Walker of Massachusetts Institute of Technology (MIT) and the non-profit organization City Life/Vida Urbana. This report investigates patterns of eviction during the Covid-19 pandemic, systematically analyzing who has faced evictions in Boston in this unprecedented and dangerous time.